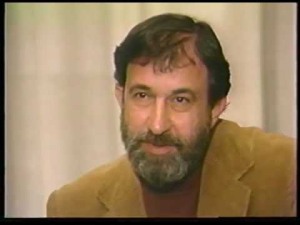 David Kherdian  is an internationally known poet, novelist, and memorist, whose work has been published in 14 languages around the world. He has published thirteen volumes in his acclaimed Root River Cycle, consisting of poetry, memoirs, novels and novellas.

His biography of his mother, The Road From Home, the sole survivor of her family of the Armenian Genocide, has been published around the world and has been in print for over 30 years.

As an editor he has published several seminal works that include Down at the Santa Fe Depot: 20 Fresno Poets, that resulted in numerous city, state, and regional anthologies, and an explosion of small presses around the country. His anthology Settling America: The Ethnic Expression of 14 Contemporary American Poets, was the first truly multi-ethnic anthology in America, as was his journal Forkroads: A Journal of Ethnic-American Literature. In all he has edited nine literary anthologies, and over the course of 40 years he has edited three journals: Ararat, Forkroads, and Stopinder: A Gurdjieff Journal for Our Time, while founding three small presses: The Giligia Press, Two Rivers Press, and The Press at Butternut Creek.