As a teenager, Khaloud Al-Muttalibi moved from Iraq to England, where she finished her academic studies and has lived there ever since. Her published works include Psalms under a London Sky (a collection of poetry) (2010), Under an Icy Sky (a collection of poetry) (2010), A Portrait of Uruk (an anthology of poems and stories) and The Contemporary Iraqi Poetry Movement (2012). She translated Arabic poems into English, for poets from various Arab countries such as Lebanon, Algeria, Morocco, Palestine and Syria. She has also translated literary criticism articles.

Khaloud has participated in The Anthology of Contemporary Arabic Poetry as a poet and a translator, published by the Artgate Association in Romania. She has translated numerous Modern and classic English and American poems and a series of classic English poems and commentaries by Professor Ian Lancashire (University of Toronto). 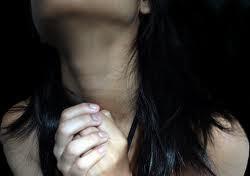